One of the easternmost settlements of Iceland,  Reyðarfjörður village is a quiet fishing village that is situated at the base of the longest and widest of the East Fjords.  Stretching about 30 kilometers inland, Reyðarfjörður fjord has excellent harbor conditions. The town got its name after the neighboring Reyðarfjörður fjord. In the early days of settlement, the village was known as Búðareyri. This town came into the limelight in the 20th century and served as an allied base during World War II. The town has an Icelandic Wartime museum that highlights the time when British and US soldiers guarded Iceland. The village also hosts Alcoa, the world’s largest aluminum smelter that was started in 2007. The Alcoa smelter is the main employer of the region, making this the most industrial pocket of east Iceland. The East Fjords are one of the oldest parts of Iceland. This region inhibits the most diverse types of rocks and minerals. The British TV series Fortitude was largely filmed here because of scenic backdrops. Hikers and geology enthusiasts get to explore many hiking trails in the mineral-rich mountains of Kistufell, Graenafell, Hadegisfjall, and Holmatindur. 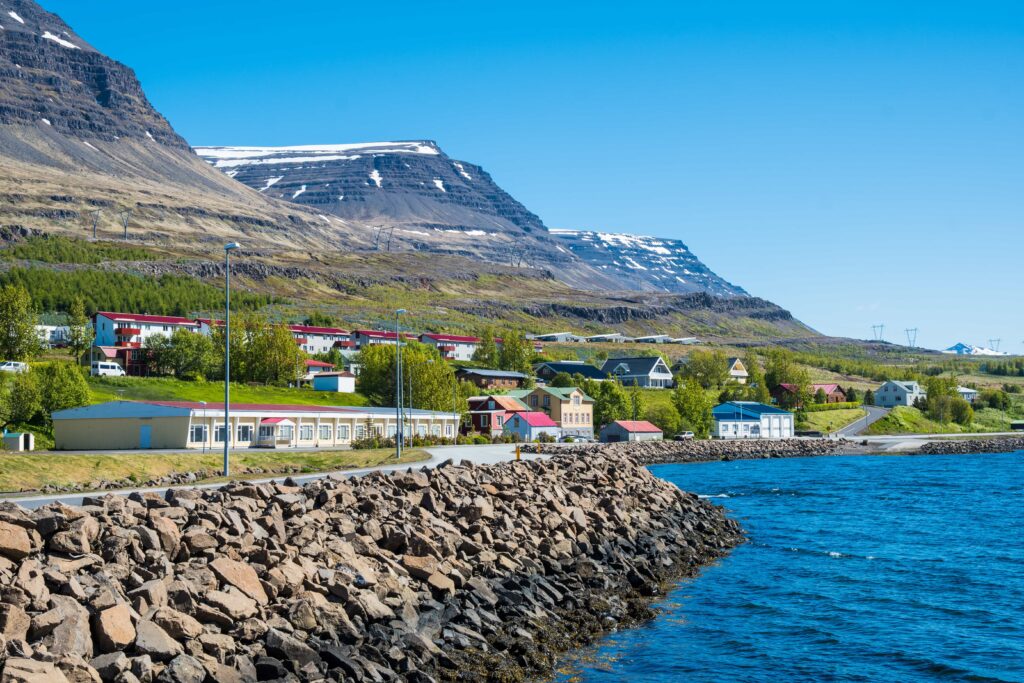 Geography and Nature Around Reyðarfjörður

The town features various outdoor activities that entice locals and visitors. You can walk to the waterfall in Búðará that is located towards the town center. Fishing at the local pond Andapollur which is located at the left of the town’s entrance is also a great idea to unwind and relax. There is also a camping site situated by the pool that provides various facilities including shower, lavatories, washing machine and electricity. Olis gas station is the disposal site of waste for campers. You will find a hike to the sheltered area beneath the shrub-covered slopes of Grænafell peak. This hike offers picturesque locations and awesome weather to experience. A marked hiking path leads onto the mountain from Fagradalur valley and there is also an easy hiking path along the beautiful Geithúsaá river ravine. Large boulders in the shrubbery could be mistaken for elf dwellings but are in fact deposits left by landslides and avalanches from the mountain.

Fishing at the local pond is a relaxing way to spend the afternoon. You can also dive into the local outdoor swimming pool to meet up with the locals and other travelers. 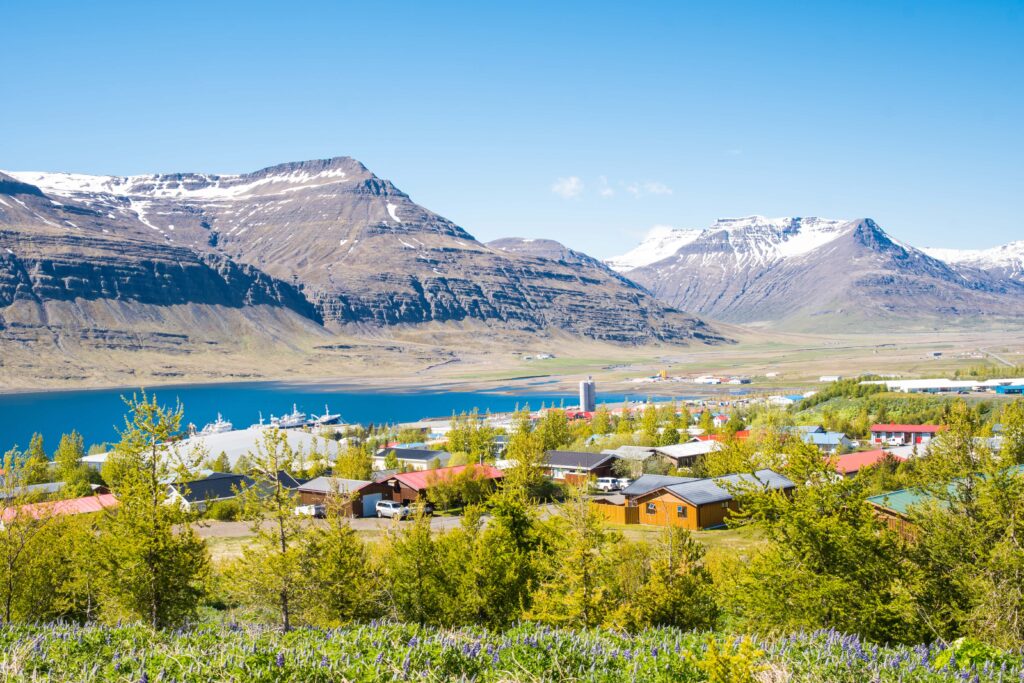 The village of Reyðarfjörður is situated at a distance of 668 kilometers from Reykjavík. Since it is connected to the outer world by Ring Road 1, it can be accessed without any hassle. It is recommended that you rent a car if you wish to visit Reyðarfjörður, since there are very few guided tours that will take you here. Drive the Ring road to Egilsstaðir and then keep on driving on Road 1 (Ring road) until you reach Reyðarfjörður village. Since Reyðarfjörður is located a long way from Reykjavik, we recommend that you travel the full Ring road in at least 6-7 days and explore all the beautiful attractions that will be on your way. The trip can be made into a great self driving tour with family and friends that covers many prominent attractions of the land of ice and fire. 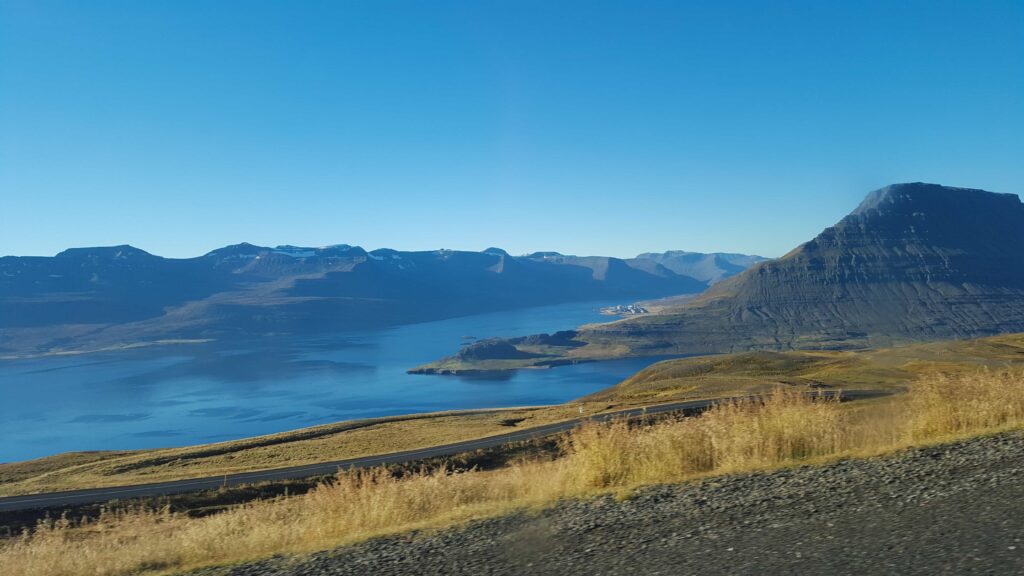 Reyðarfjörður village on a map 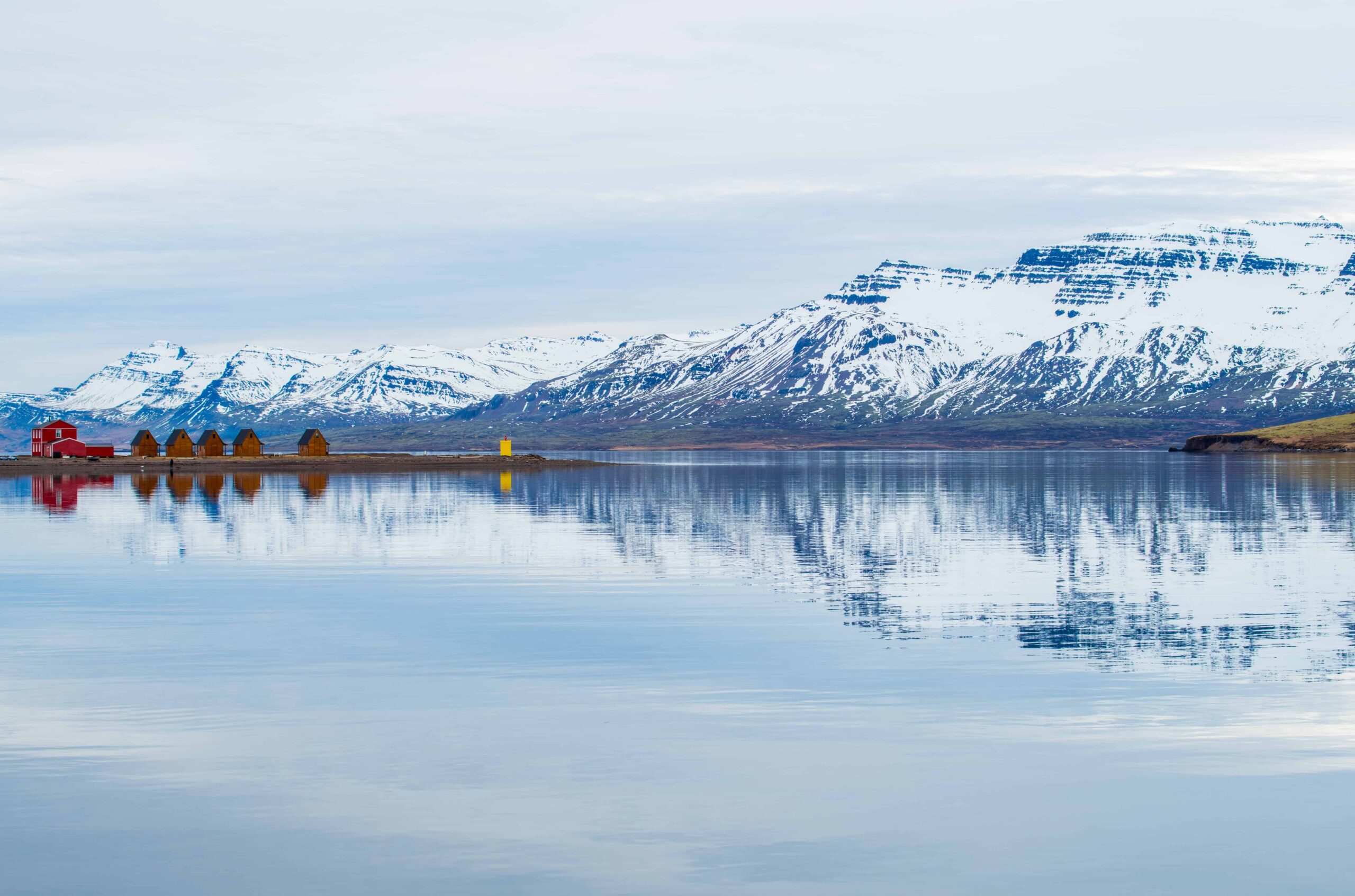 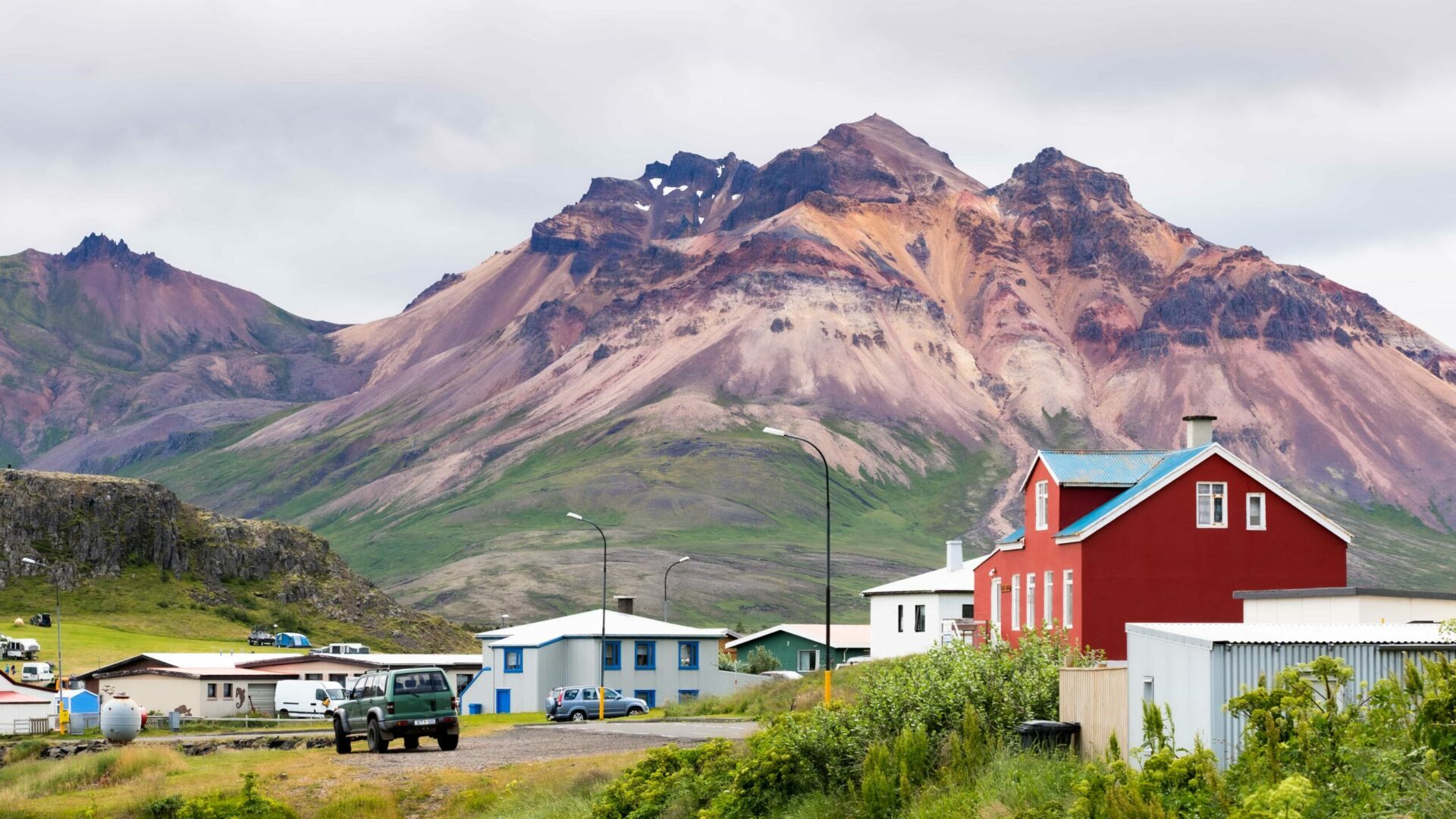