Dverghamrar – A Mystical Exploration of the Dwarfs in Iceland

Dverghamrar refers to the awe-inspiring rock formations situated in South East Iceland. Among the Icelanders, they are known as Dwarf Rocks. Dverghamrar is located about 10 kilometers east of the village Kirkjubæjarklaustur, right beside the ring road. Standing towards the east of Foss á Síðu waterfall, there are two beautiful and striking rock formations which are known as Dwarf Rocks. The exquisite location features beautiful hexagonal basalt columns which look charming amidst the majestic mountains. The columns seem to form a small horseshoe-shaped canyon which adds to the wondrous element of Dverghamrar. The place is considered historical, believed to have formed when sea levels were much higher during the Ice Age.

It is believed that the peculiar look of the rocks is caused as the waves that came into contact with the molten lava. Columnar basalt surface when a lava flow cools down suddenly and contraction forces rise. The cracks start to form horizontally resulting in the hexagonal formation of columns. These formations always stand tall giving abundant opportunities to the visitors to click pictures around them. 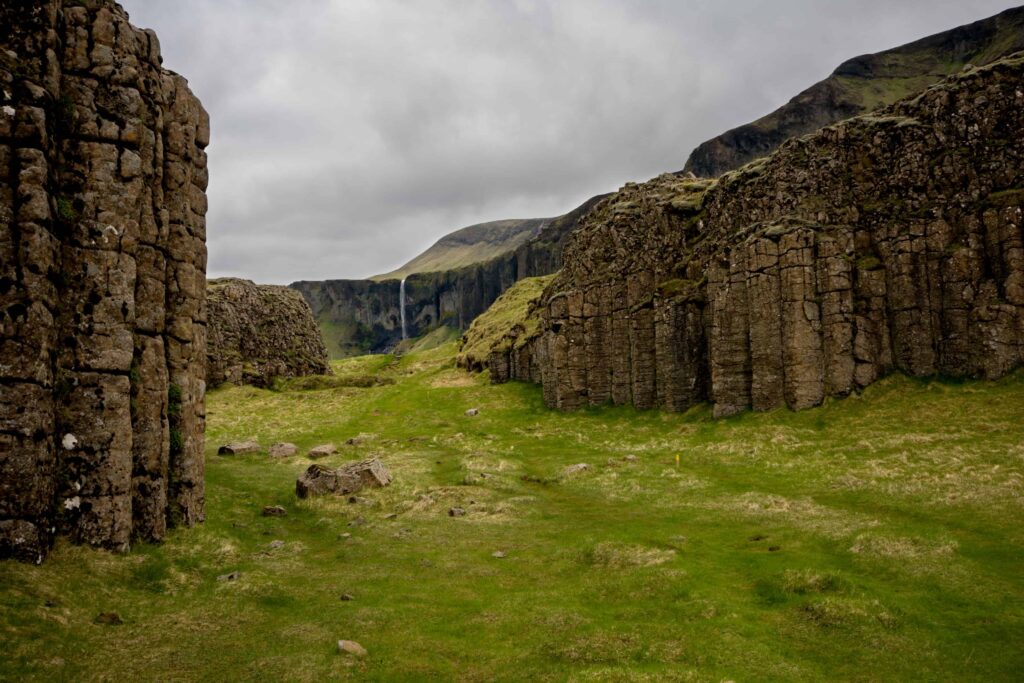 Dverghamrar - A Place of Folklores

Iceland is peppered with such places where you will find interesting local tales but not many places are connected with dwarfs. Dverghamrar is one of those places in the country and it is treated with great respect. As the folklore unfolds, it is believed that dwarves stay in these rocks. There are various tales and lived experiences counting the adventures of dwarfs in the area. One among them is the tale of Ólafía, daughter of Páll and Margrét Ólafsdóttir, the residents of the Foss. Ólafía was driving sheep by the rocks when she heard someone singing a hymn. She looked for the singer and found no one there, leading everyone to believe that the dwarfs had been singing. The incident dates back to the beginning of the 20th century. Many like to believe that the rock formations are constructed by the dwarfs or the hidden people.

Explorers who like to engage with the legends and the mythical history of the country must visit this place. There are information boards placed at various stops where you can read other mystical instances. The rocks are a protected natural monument. 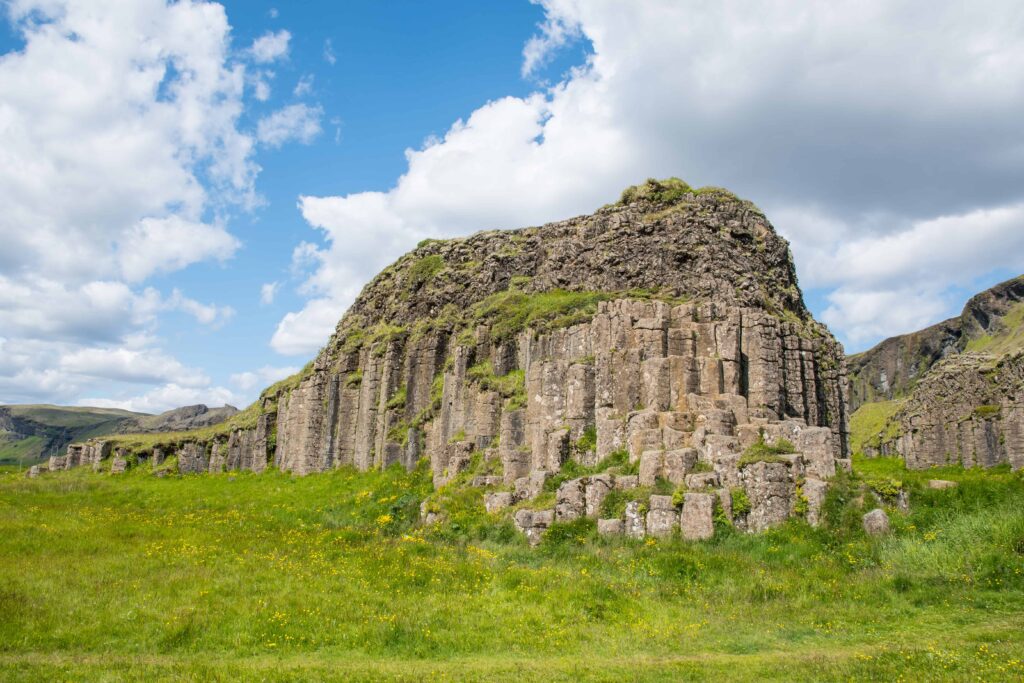 The lush vegetation surrounding the basalt columns makes Dverghamrar quite possessing. It is great to visit here in the summer morning or evening, as Dwarf Rocks look amazing under the bright sunlight. Catching a glimpse of the sunset here will make your day wonderful. If you go on top of Dverghamrar, you will be able to see the geological formation known as hackly jointed lava.

When you come in front of Dverghamrar, right in the middle you will see Foss at Síða, a mesmerizing waterfall. Just adjacent to the two bigger rock formations, there stands another smaller rock formation with a drooping columnar basalt and a narrow cove called Eiríkslundur. The place provides ample opportunities to click pictures

From the Dwarf Rocks, you start to see Skeiðarárjökull glacier and the boundless Skeiðarársandur sands that lead to Skaftafell. 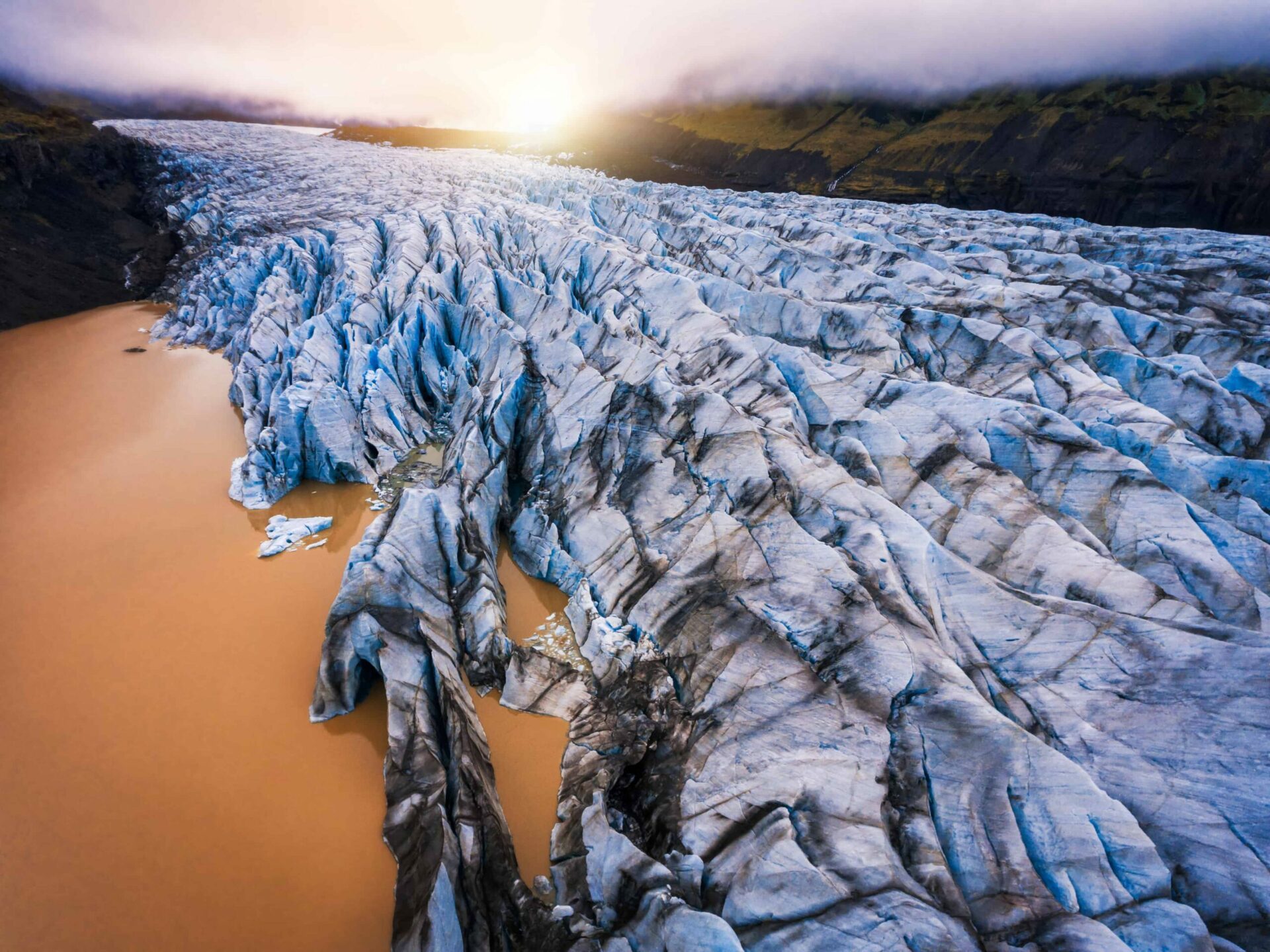 Svínafellsjökull Glacier – A Journey Beyond the Wall 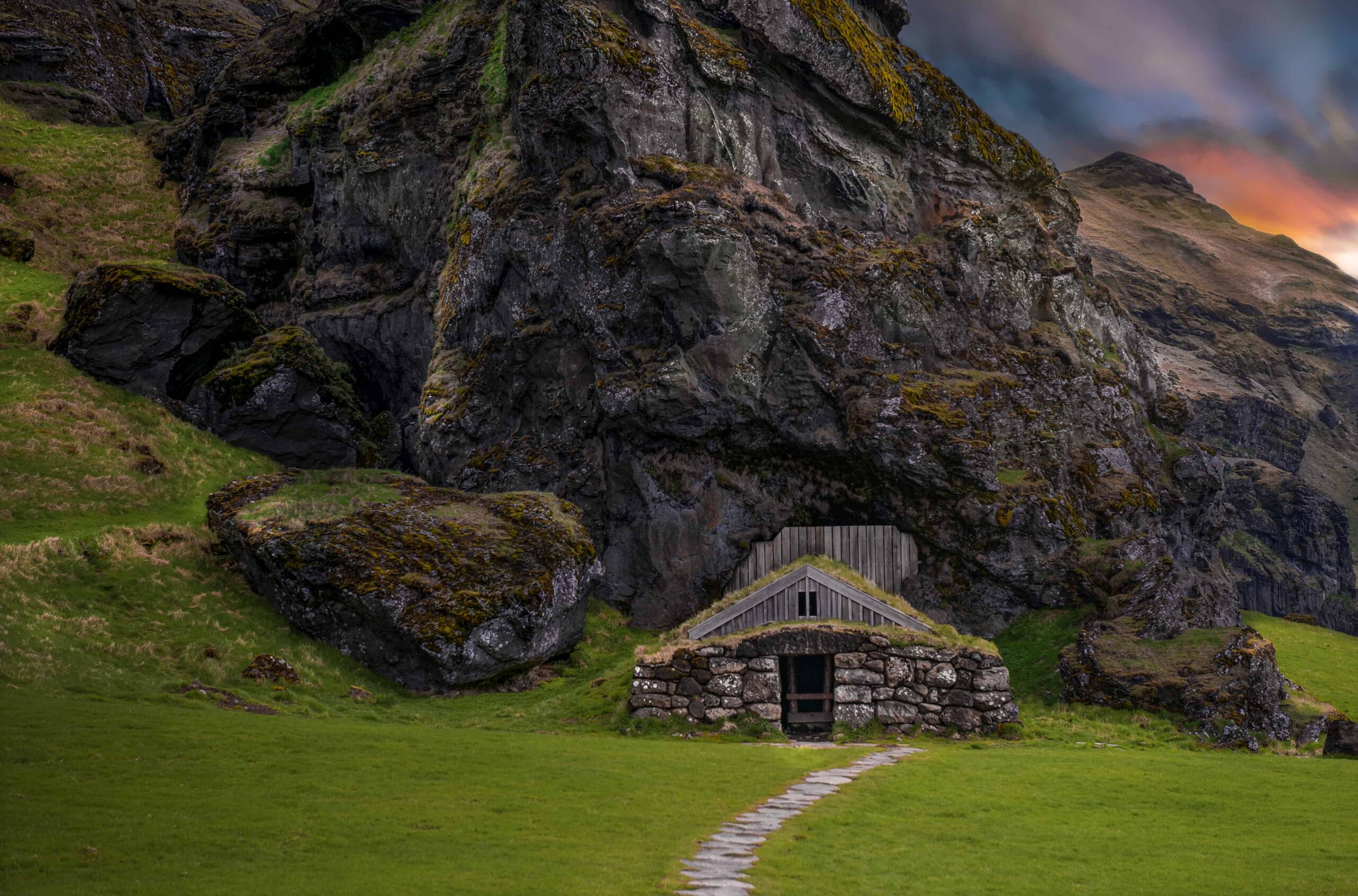 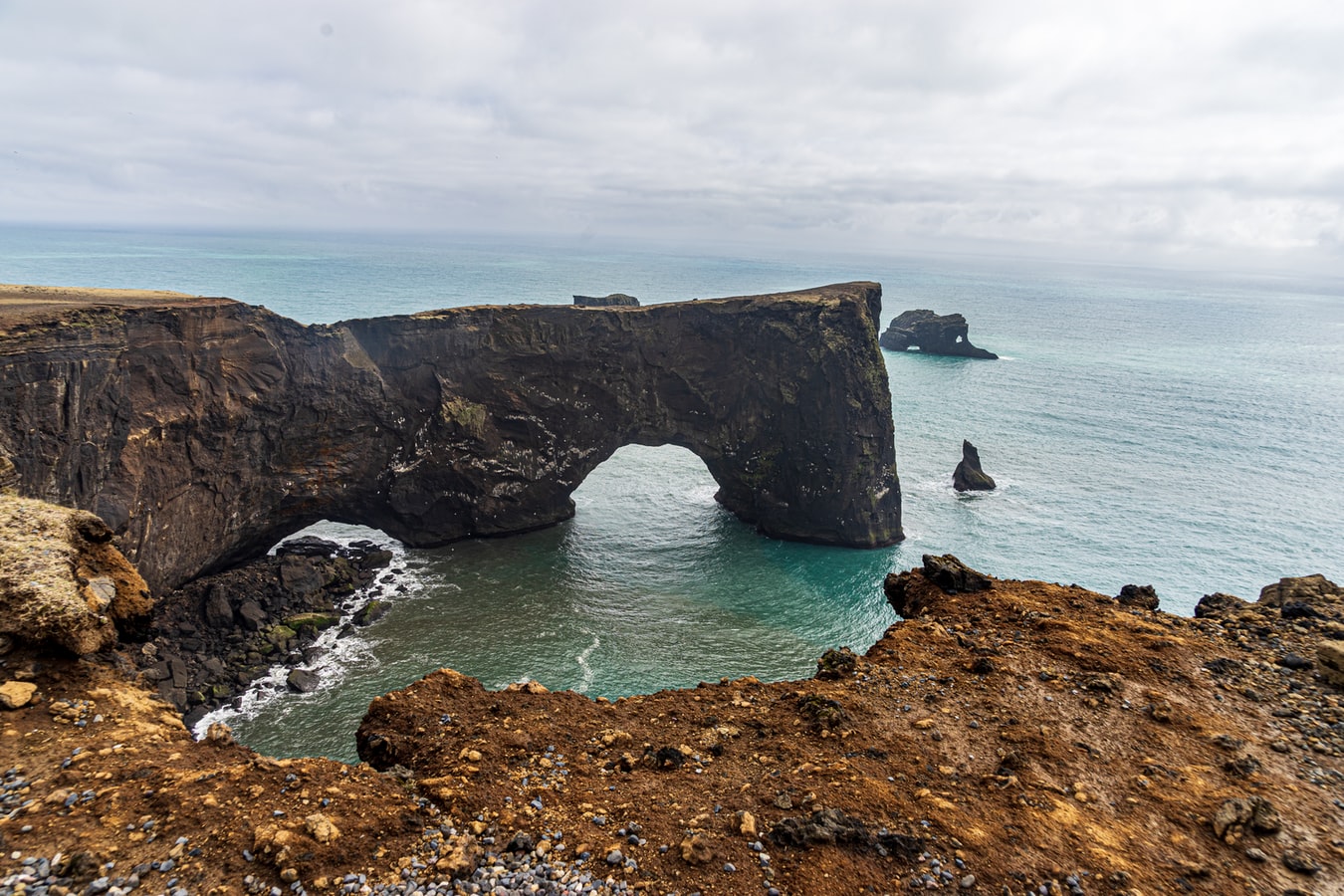 Previous Next A Soak for Healing and Relaxation Iceland is covered with marvels all over the place. Everywhere you would

Iceland in one of the most beautiful countries in the world with nature in all its glory. Being a land

Driving Around the Ring Road of Iceland – What to See? What to Do?

Previous Next Ranging from north to the south, east to the west, the land of ice and fire never ceases